When Calls the Heart: Follow Your Heart – Jack and Elizabeth at a crossroads 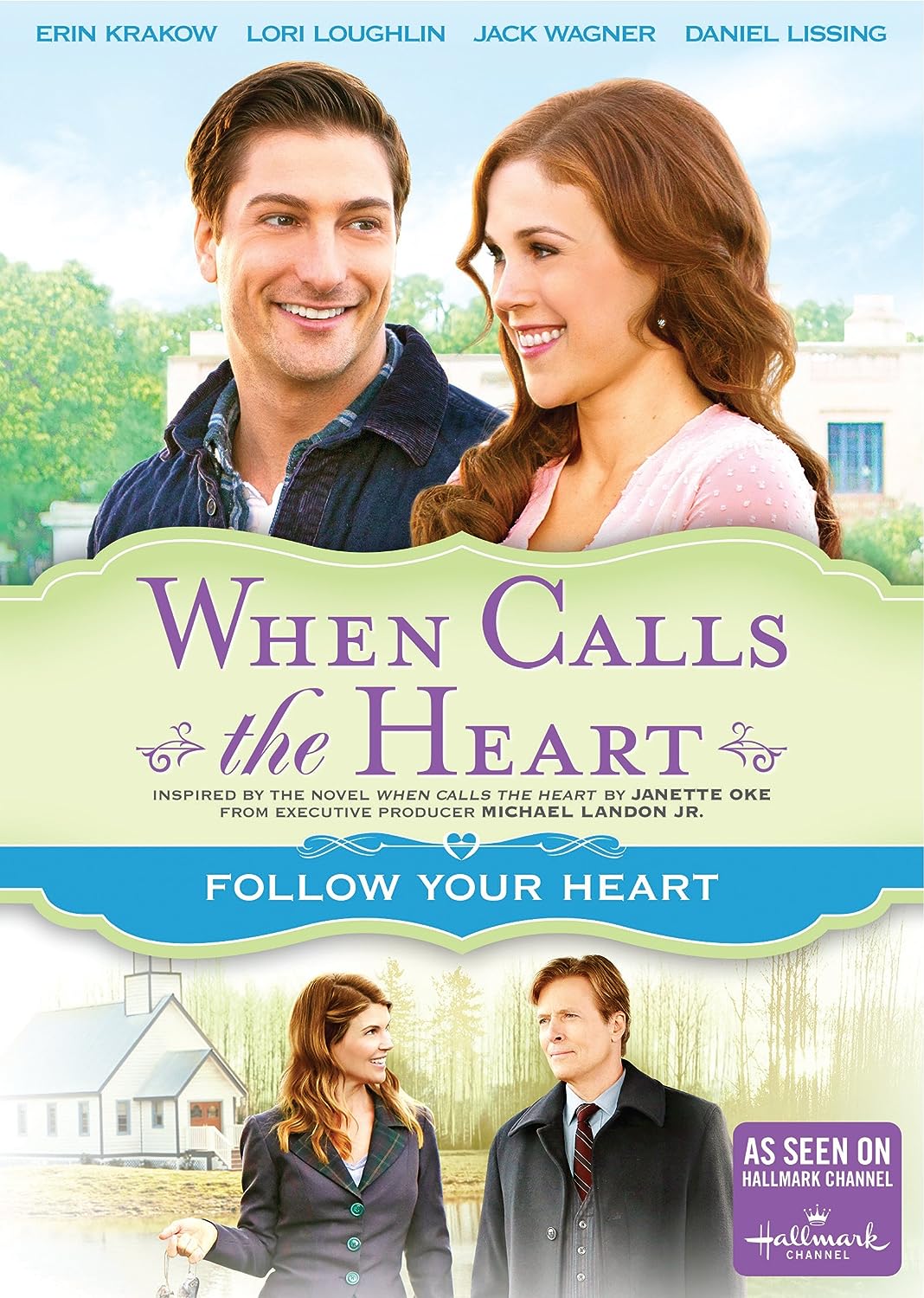 When Calls the Heart always manages to put a smile on my face and it’s definitely a feel-good series. If you haven’t seen this Hallmark Channel Original Series, you have to! This Christian DVD holds the last two episodes of the second season of this wonderful show and let me tell you, it is quite intense and it involves a huge twist at the end. In case you don’t know what this series is about, well it involves Elizabeth Thatcher, a young woman from a privileged background travels West to begin teaching the local kids of a small town of Coal Valley. This series is inspired by the When Calls the Heart book saga written by Best-Selling author Janette Oke.

This Christian DVD begins with Rosemary showing Mountie Jack some money bills that were given to her in the saloon. She notices that they look kinda funny so she wants a second opinion. In fact, these 5-dollar bills are counterfeit. The man who gave them to Rosemary is waiting for a stagecoach so Jack grabs the opportunity to question him. The man is set on that the bank gave him the bills but soon he punches Jack so, therefore, something’s up.

Abigail from When Calls the Heart: Follow Your Heart is having a hard time keeping up with the business of Abigail’s Café and have it run smoothly. Even the food is not up to the usual Abigail’s Café quality as for example somebody receives a plate of food with egg shells. It really doesn’t mean that Abigail has lost it, she has had a lot on her mind lately and has been quite distracted. What has been distracting her lately? Well, Gowen has given Abigail a list of things that she needs to repair in order to keep her café going. But the repairs that need to be done take a lot of money and a lot of time so Abigail is scared that Henry Gowen will shut down her business if she doesn’t do these repairs as soon as possible. Knowing the deadline that Abigail has Pastor Frank decides to help her with the repairs and she’s so grateful since she needs all the help she can get.

Now things with Jack and Elizabeth aren’t going as smooth as always and the relationship is quite strained. Well, these two were in Hamilton they realize that maybe they are different perhaps too different and they have doubts if they are really good together. Jack left Hamilton first insisting that he needed some time alone to figure things out. Now that they’re back home Jack lets Elizabeth know that while they were in Hamilton it gave him time to realize that he really didn’t fit into Elizabeth’s privileged background and family. She is kind of hurt by this and makes sure that he knows that her home is in hope Valley now and not in Hamilton. But Jack thinks that Elizabeth needs to see what is true. This argument becomes even more intense and it mixes the audience worried about what’s going to happen with these two characters who have such a great potential together.

Later on that night in the Christian DVD When Calls the Heart: Follow Your Heart Elizabeth heads down to Jack’s office to try and talk to him but he isn’t there. A storm is rolling into town so she decides to leave a note for him and when she leaves she doesn’t close the door which means that Jack’s dog Rip runs off. Soon Jack notices that his dog is missing and Elizabeth explains what happened. Now both of them begin the search for Rip and the first stop is the mine. By this time the storm has arrived and now both of them are stuck inside the mine and are forced to be together and work things out and talk.

At this point in the Christian DVD When Calls the Heart: Follow Your Heart we have a lot of questions. Like what’s going happen to Rip? Is Jack and Elizabeth’s relationship worth saving? Is it too late? Will Abigail be able to make the repairs just-in-time before Gowen takes her business away? Will the whole counterfeiting ring be solved?

If you have these questions you definitely have to purchase the Christian DVD When Calls the Heart: Follow Your Heart! Here you’ll know all the details.

Now I’ll mention some WCTH material that I really enjoy and recommend:

When Calls The Heart: Rules of Engagement DVD

When Calls the Heart: Lost and Found DVD

When Calls the Heart: Heart of the Family DVD