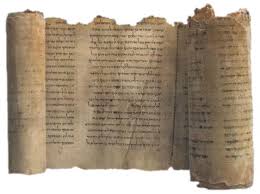 The tour of the exhibit began with a short explanation of when these scrolls were found as well as a bit of what was going on at the time that they were discovered. It then proceeded with a hand held audio tour guide that explained the history of the Sadduces, Pharisees and the Essenes who were once in disagreement about how the Jewish laws should be kept. The tour proceeds to show the importance of this- that one group wrote things down while the other group verbally passed down these beliefs. Some were written in Hebrew, some in Aramaic and others in Greek. In the Mysteries of the Dead Sea Scrolls DVD, Dr. Frank Seekins teaches words of the ancient Hebrew language, and shows how it is a language that used both pictures and letters and that one “word” can have so much meaning! 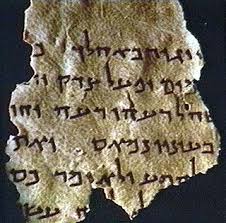 The tour really built up your understanding of what you were about to see (the actual Scrolls were the last part of the tour). They first laid the foundation of why these scrolls were written. Then they showed you the lives of the people at that time and showed artifacts that were 2,000 years old! And once you saw the familiar objects such as bowls, plates and cups, you realize that these people are no different than we are today and that the words written on the Scrolls 2,000 years ago are just as important now as they were then!