Torchlighters: The Amy Carmichael story – the impact of God’s love being displayed by a person 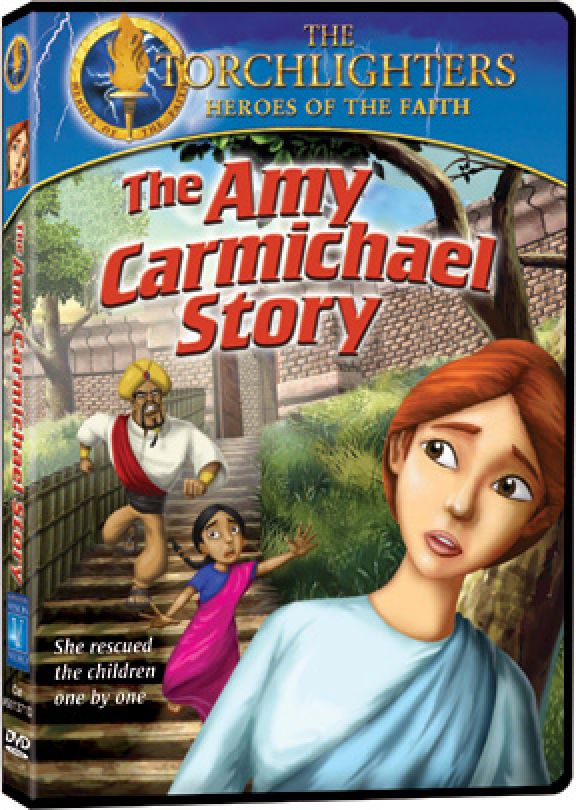 What I love about the Torchlighters Christian DVDs is that they take true stories of real people who defended their faith, who sometimes even suffered for their faith and explain it in a simple manner, in an animated way so that children can understand and be impacted as well by the story. There has been some about Martin Luther, John Wesley, William Booth and other people who made an impact on the world of Christianity.

Torchlighters: The Amy Carmichael story is about an obedient woman who has to endure trials and much danger as she goes to a foreign place on mission work to spread the Gospel.

In the Christian movie Torchlighters: The Amy Carmichael story children get a chance to meet Amy, she lives in Ireland and chooses to leave behind everything she knows, all that she’s comfortable with to talk about God’s word in India. This is a difficult job since people in India are accustomed to their own religion and they probably wouldn’t hear what Amy had to say about God or even let her do Christian missionary work but she decides to go anyways because she feels like it’s something that she has to do. Amy trades all of her normal clothing for Indian clothes as she dives and into her missionary work. Apart from her, a small group of woman accompanies her to impact more Indian lives. Amy chooses to do this trip and she has always been one to wonder about getting married and having kids but at this time she puts all of that aside and chooses to do God’s work.

In India, Amy from Torchlighters: The Amy Carmichael story and the women that accompanied her call themselves “The Starry Clusters” and their goal is to fulfill what it says and Daniel 12:3. Soon in this Christian movie, Amy realizes the daunting difficulty of this task. She runs into different types of trouble with the Indian people. Because the color of his skin is white she immediately is placed in a higher place, therefore, she can’t interact with people below her which means she basically can’t interact with the majority of people from India. Another problem that Amy encounters is that she is, in fact, a woman and in India, women aren’t considered as much so she has some problems having people respect her and the authority God has given her. Not many men hear what she has to say that many women and children are receiving the message.

Later on in this Christian movie, the viewers meet Preena. She is seven years old my she has been given to the temple as an offering to Indian gods. Immediately all she wants to do is escape and even though she is being beaten and hidden, all the hope inside of her gives her strength that she is going to eventually get out. Soon she’s able to escape from the temple and makes it to the market. In this moment is when Preena meets Amy and immediately sees something different in her, she sees how Amy shines with a different light and gives love to everyone around her. Amy gets the chance to talk to the little girl but suddenly officials from the temple find Preena. They basically drag the little girl from Amy’s side even though she tries to hold onto Amy. Back of the temple she is extremely punished but her hope of being free continues alive as she is still impacted by the way Amy lived her life.

One day Preena from the Christian DVD Torchlighters: The Amy Carmichael story manages to escape once again towards her freedom and she prays that she can be able to find Amy and escape along with her. As if directed by God, Preena finds Amy at the marketplace and asks her to tell her more about Jesus. Amy is impacted by the little girl’s change and acknowledges that a miracle has happened in her life so she accepts Preena as a daughter taking her away from all the cruelty that would always await her. Amy continued teaching her about God and Preena eventually is placed in the group of missionaries to continue spreading the Gospel.

This movie is a great example of how sometimes without even saying a word you can impact other peoples lives with just your actions and love for other people.

Be sure to purchase this children’s movie for the delight of kids you know!

Here are other available Torchlighters movies: