It’s Christmas day! Merry Christmas!
This beautiful Christmas movie I’m going to talk about today is based on the book by the same name written by Donna VanLiere. The book is the second installment of the Christmas Hope Series. The Christmas Blessing is actually the sequel to the first movie The Christmas Shoes starring Rob Lowe.
Rob Lowe returns in this installment to play Robert Layton and also this movie continues Nathan Andrews’ story.
In the first film The Christmas Shoes, we meet young Nathan Andrews who is set on getting a pair of red shoes for his ailing mom. And also we meet attorney Robert Layton who’s dealing with his separation from his wife, and his heart is reminded of what love is and the true meaning of Christmas as he encounters Nathan and his story.

Now, in the sequel The Christmas Blessing, Nathan Andrews, a doctor, falls in love with a teacher and creates a special connection with one of her students.

Years before, when Nathan was a boy, his mother became gravely ill during the Christmas season. So instead of being outside and watch the snow fall with his friends, instead of participating in all the Christmas traditions any little boy would want to be a part of, Nathan saw his mother getting worse every day as her heart continued to fail. The boy was sure it would probably be the last Christmas she’d ever experience so he wanted to get her something nice, a special gift. Nathan wanted to get her a pair of red shoes, dancing shoes because she had been a dancer beforehand. But the reality was that he didn’t have enough money to get her those shoes, to get his dying mother her last gift from him. But to his surprise, a stranger came in and got them for him.

In this Christian movie, Nathan has grown up and has become a doctor. Since the loss of his mother, he had a desire to save people and help so he chose to be a medical resident. But one day, Nathan from The Christmas Blessing loses a patient while operating. His world is shattered and old memories of his mother’s own death keep coming back. Now he’s questioning the career he has chosen and if he really is good enough to be a doctor. Because of all this, Nathan decides to head back home and visit his father.
Back in his hometown, Nathan volunteers at a local school and there he meets a boy named Charlie. They both form a special bond since Charlie too has lost his mother. Later on in this Christian DVD Nathan finds out that Charlie has a heart defect and that doctors don’t know how long he’ll live. The young doctor feels overwhelmed and quite frankly doesn’t want to go through a tragedy again. 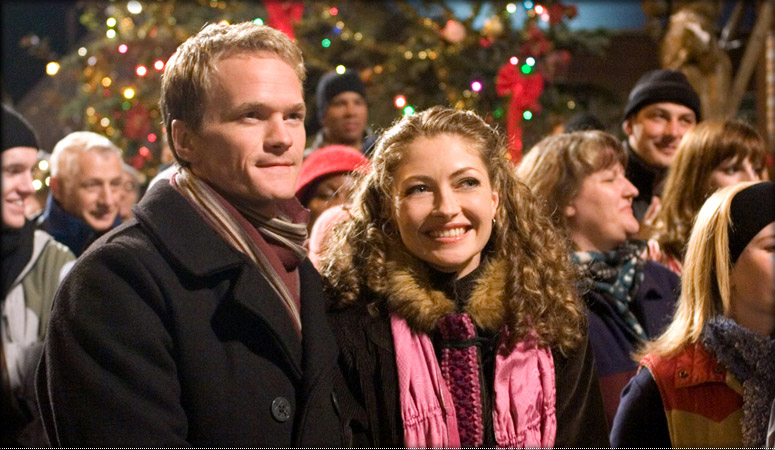 Apart from this, Nathan has also met Charlie’s sweet teacher Meghan and has fallen in love with her. She always sees life on the bright side and is always positive so she helps Nathan come to terms with something he didn’t want to admit. He has to look forward and let go of the troubles of the past. But he receives some shocking news as he begins to move forward, Meghan is extremely sick as well. She’s suffering from a grave liver illness and won’t live much longer without a transplant. Nathan is devastated and immediately doubts God’s hand in this, the meaning of life, as everybody he’s cared for is slipping away. He needs a miracle.
Nathan goes on to look for the pair of red shoes he had left on his mom’s grave some years ago (this is related to the prequel The Christmas Shoes) and at the same time, he begins to realize that God is still at work. That His works are mysterious to us but He always comes through and that miracles are not impossible as he once thought they were.

I love how in part the red shoes are a synonym to a miracle and to Nathan they represent so much. It represents hope. This Christian movie is a great reminder that even though we may go through difficult times of loss and heartbreak, this is what will lead us to look at what truly matters.

You can find this Christmas Movie in the Fishflix store and find out what happens with Charlie, Meghan, and Nathan!
Apart from The Christmas Blessing here are the other Christian movies from this series: