C.S. Lewis Through the Shadowlands – a powerful love story filled with hope 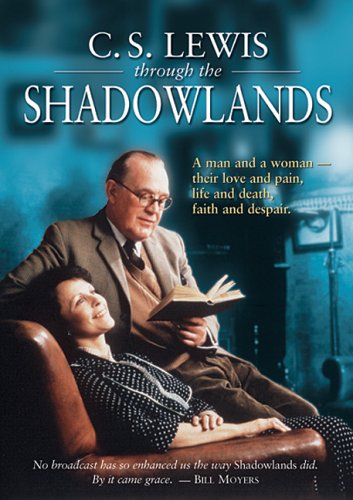 C.S. Lewis is one of the most important writers in Christianity. If you’re not familiar with his name then he is well known for many of his books especially his children’s book series the Chronicles of Narnia.

This Christian movie what is about the life of the C.S. Lewis after his wife’s death from cancer. Here we see is processed through heartbreak the doubt that overcame his heart and the journey back to recognizing God.

The story presented in this Christian DVD is quite special but the story of C.S. Lewis and his wife did not start like a normal love story. One day C.S. Lewis met Joy Davidman Greshman in London and they began writing correspondence to each other. Joy was actually a writer who was an atheist beforehand but converted to Christianity. At this point in her life she was once married to a man who was abusive and from that relationship, she had two sons, Douglas and David. Of course, Lewis’ first thought that it would be good to have Joy as a person to talk to, someone to share intellectual thoughts with and a friend. After these letters, Joy knew she had feelings for C.S. but he really didn’t have any idea. So basically they kept sending letters to each other, they were each other’s judges when it came to writing and they helped each other out in that area. And also each other’s opinions were very important to Joy and Lewis.

So now the story of C.S. Lewis Through the Shadowlands takes a turn, Joy and her sons were in England with a visa but in the early 1950s, Joy’s visa cannot be renewed so her and her sons had to return to the United States. During that same year, C.S. and Joy came to an agreement and entered a civil marriage through a register office in London so that she could stay in England. At this point in his Christian movie, they both were just friends who really liked each other’s company and shared intellectual talks. Lewis loved having her as a personal friend because she was somebody who had his same level of intellect and she was someone that he could easily talk to. So these two continued to live separate and continued on as just friends. Soon after their civil marriage Joy had an accident where she tripped and broke her leg. Because of this, it was found that she had terminal bone cancer. Imagine this, if she had not fallen she wouldn’t have been diagnosed. This diagnosis made C.S. think about his true feelings towards her. That moment he knew that he didn’t want to go on without her and that he really wanted a relationship furthermore than just friends. So their relationship entered to be something more and they were truly married the Christian way in 1957. They were married in the hospital and in that moment Lewis had never felt so much love toward someone but this joyous celebration included grief as well because of Joy’s situation.

Sometime later after their marriage, Joy went into remission and was released to go home. Now they were all together as a family living under the same roof along with Joy’s sons. Now C.S. and Joy have the time to have a proper honeymoon and life seem to be quite normal and with a bright future. But soon in the Christian DVD C.S. Lewis Through the Shadowlands, the life that they have known and grown accustomed to now will change.
In 1959, Joy’s cancer came back stronger than ever. Radiation therapy began once again and her body was not responding to the treatments. Things didn’t look so good but both of them have high hopes. A year later Lewis was able to fulfill one of Joy’s wishes which was to go to Greece on vacation. Joy continued to remain hopeful that her cancer would be cured and she could go back to a normal life with her husband. But when they returned from Greece Joy’s condition worsened and a few months later she passed. So now C.S. had a wonderful memory of a great love but his heart was shattered.

What an amazing story presented in this Christian movie! C.S. and Joy’s marriage might have endured a small amount of time but their love was one for the ages.

To see you more details about the Christian DVD C.S. Lewis Through the Shadowlands, it is available at the Fishflix store!

Here are other Christian Biography Movies you can check out: