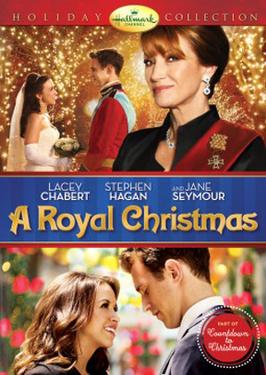 As I think I’ve mentioned before one of the best combinations to ever exist for me is the Christmas season mixed with Hallmark Channel. For me getting to sit down and watching a Hallmark Channel Christmas movie is officially getting into the Holiday spirit. A Royal Christmas is one of the many movies from the channel that I enjoy. I personally think that it holds a really classic love story but with the touch of Christmas. Also, I love the fact that Lacey Chabert stars in it, she always lights up the screen. Also, other talented actors like Jane Seymour appear in the movie as well.

A Royal Christmas tells the story of Prince Leopold, soon to be king of Cordinia, who has the desire to marry his love Emily, a seamstress. But his mother Queen Isadora has other plans in mind for him.

At the beginning of A Royal Christmas, we’re located in Philadelphia and we meet Emily Taylor (played by Lacey Chabert), a kind, humble young woman and dedicated seamstress in her family’s sewing business. She’s in a relationship with her European boyfriend Leo (played by Stephen Hagan). They’re both set on spending their first Christmas together with Emily and her family. But as those days are quickly approaching, Leo gets a call from his family and is told to go back home. Leo has to mention his background to Emily before leaves so he reveals that he is Prince Leopold, soon to be king of a small European country named Cordinia. Emily agrees to go with him back to his country to celebrate Christmas there and be with him. There in Cordinia, Leopold introduces Emily to his mother Queen Isadora (played by Jane Seymour). Since this moment, Isadora immediately is against their relationship because of how she disapproves of the American young woman. Queen Isadora has a plan in her head, her desire is to see Prince Leopold marry Duchess Natasha, who in fact is Leo’s ex-girlfriend. Isadora thinks Natasha is better suited for her son than a simple, normal girl. Now it up to the Queen to do everything she can to make Emily not feel welcome in their home.

While in the castle, Emily meets those in high places but also meets those in charge of the castle’s maintenance. She realizes that she feels more comfortable with the maids and butlers than Leo’s family and royal friends.
When Emily and Leo head into town to get a Christmas tree, Emily meets Poppy, a young orphan who she gets a liking to. Then Emily also meets Galina, Baroness of Newbury, who understands what Emily is going through since Galina herself was once a commoner. One of the little details that I love about this movie is that after this point where we meet Galina and Poppy, we see them both again but now as Poppy being a part of Galina’s family.

Now back to the queen, who is acting quite evil if I say so myself, has a plan up her sleeve. She goes and discreetly invites Duchess Natasha over to the castle for Christmas. Back at the castle, Emily is in full preparation for the event and the castle’s head butler Victor helps Emily in her etiquette. The day of the Christmas ball arrives and Emily dazzles in the gown she makes out of the old gown the queen had originally given her. Although it’s supposed to be a fun night, Emily is seen by the queen talking to a few member of the kitchen staff and because of this, they’re fired. Emily is surely not feeling welcome in this new place. 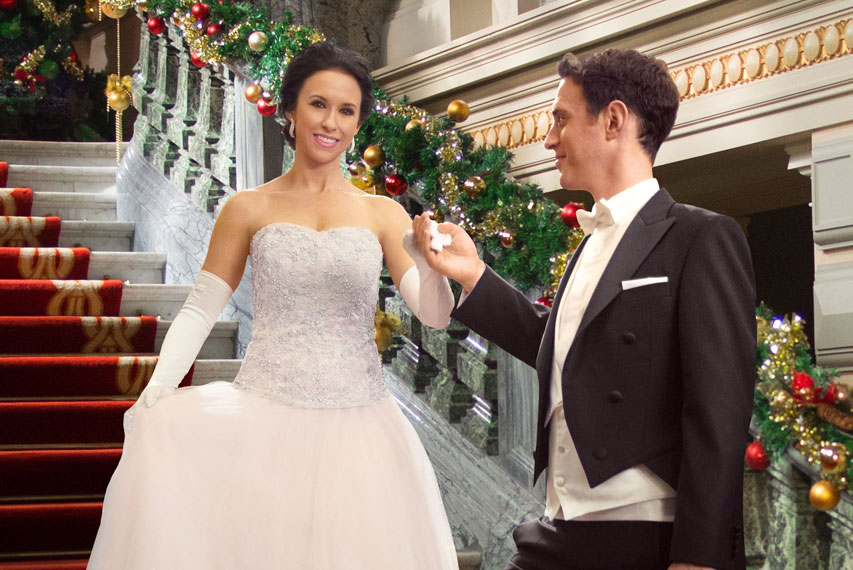 Later on in A Royal Christmas when Leo proposes to Emily, she sadly declines since the castle is not her place. With this, she returns home to the States. The queen soon realizes how wrong she’s been and quickly is reminded of the time when she had feelings for Victor, the butler, but denied him at the time because he was a commoner. She didn’t want that to happen to her son so she has to make things right again. So she goes to America with her son, to Philadelphia specifically and urges him to propose to Emily again. This time around, she gladly accepts.

A Royal Christmas is one of my favorites and if you love royal romances, this one’s for you. And you can also be sure that this is a movie that you can see with your whole family.

Here are other holiday Hallmark Channel movies I quite enjoy:

The Nine Lives of Christmas DVD